The marvelous and uncontaminated Punta Campanella zone, one of most beautiful zone to visit in Sorrento Peninsula, was declared in 1997 protected sea area.

Appreciated natural area, it is named after an ancient tower with bell, built on the territory to warn the citizens about the sighting of unknown ships and boats.

The reserve can be visited both by sea and by land, in both cases the show offered to the eyes of the visitors is superlative.

To make an excursion by land is recommended to take the path leading from Nerano to the Marina of Cantone: it will be immediately possible to see the Islets of Galli and the beach of the Cantone. But to see the most suggestive show it is necessary to go through the walk in the Mediterranean woodlands culminating in the panorama of Punta Campanella on the right and of Punta Penna on the left with in the middle Capri and the Faraglionis.

It is also possible to get Punta Campanella from Massa Lubrense through the path that from Termini crosses the Mountain St. Costanzo. Before reaching the tower of the small bell (campanella) and the lighthouse the way passes through completely absorbed in the nature paths, until on the left appears the Bay of Ieranto, paradisiacal beach with crystalline waters. 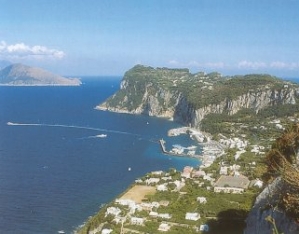 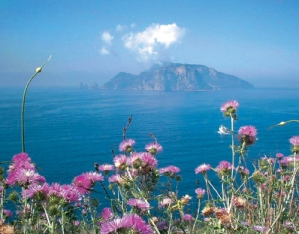